This week’s covetable cover is ‘A Black Fox Running’ by Brian Carter. Originally published in the 1980’s this book has had a cover re-design for a more modern audience and what a beautiful cover it is. The book is perfect for lover’s of ‘Tarka the Otter’ and ‘Watership Down’. Sadly most of the time these are seen as children’s books, but for those of us who have read them, we know they shouldn’t be. They deal with the darker side of nature, animal-life and interactions with humans, with sometimes tragic and shocking scenes. In reality nature is brutal and unforgiving and these stories are a more realistic reflection of the trials of animals. This is also true of ‘A Black Fox Running’; with a dark-furred fox, Wulfgur, as its main character, pursued by a cruel, alcoholic, war-scarred trapper, the story is dark and delivers hope, love, grief and revenge in equal measure, as we follow the fox over the course of a year. It is beautifully written and descriptive creating a deep connection to nature and, Dartmoor, its setting.

The front cover has a fairytale-like motif of the black fox in motion surrounded by golden trees. This emotes the black fox running through an enveloping forest at night, lit by the light of the moon, as shown by his silhouette against the white circle in the middle of the cover. The white circular moon and tree branches which reach around it, draw the eye to the center of the cover to the title, while also adding to the sense of motion. It is almost as if the fox is running within a wheel and the branches are reeling past at speed. Within the story the main character, Wulfgar, although escaping the relentless pursuit of the hunt is now himself being pursued, so the cover reflects the never-ending run for survival that all animals, including Wulfgar, must go through. Unlike a Watership Down Cover, which often lulls reader’s into thinking it’s a cutesy story about bunnies because they are usually plastered on the cover in bright colours, this does not try to deceive the reader. The story is reasonably dark therefore the cover colour, black, reflects not only the fox’s fur, but the tone of the book as well.

“To live is to run. Always running-away from death, into death. Perhaps Man kills us to kill a memory. We are ghosts of Man the animal and he can’t live with the knowledge.”

Leave a comment on what you love about this cover, whether you’ve read the book or would like to. I’d also love to hear about the book covers you love!

Purchase the book here if you would like to own it yourself.

Join 27 other subscribers
Follow A Cup Of Tea And A Biscuit on WordPress.com 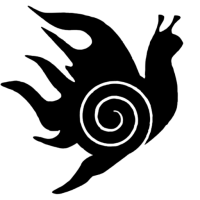 Bringing you yesterday's news from Japan and Asia, today.

Good lives on our one planet

a world of tea drinkers and dragon riders

"You can't get a cup of tea big enough or a book long enough to suit me." ~C.S. Lewis

A writing group meeting in Woking

Maidens and Manuscripts: Taking a fresh look at people and events from 1347 to 1625, with a focus on women and illuminated manuscripts
Own Your Content

Own Your Content is a campaign from WordPress.com & CreativeMornings, encouraging creatives to own their content, platform, and the future of their work.